Paul Stamets is a lifelong mycologist who’s been pioneering all things fungi for nearly 50 years. If you haven’t heard of Stamets yet, you might be missing out!

In this article we’ll be going over Paul Stamets’ mission, major discoveries, and recommendations. We’ll also take a look at the wisdom he shared in the 2019 documentary Fantastic Fungi.

– Who Is Paul Stamets? 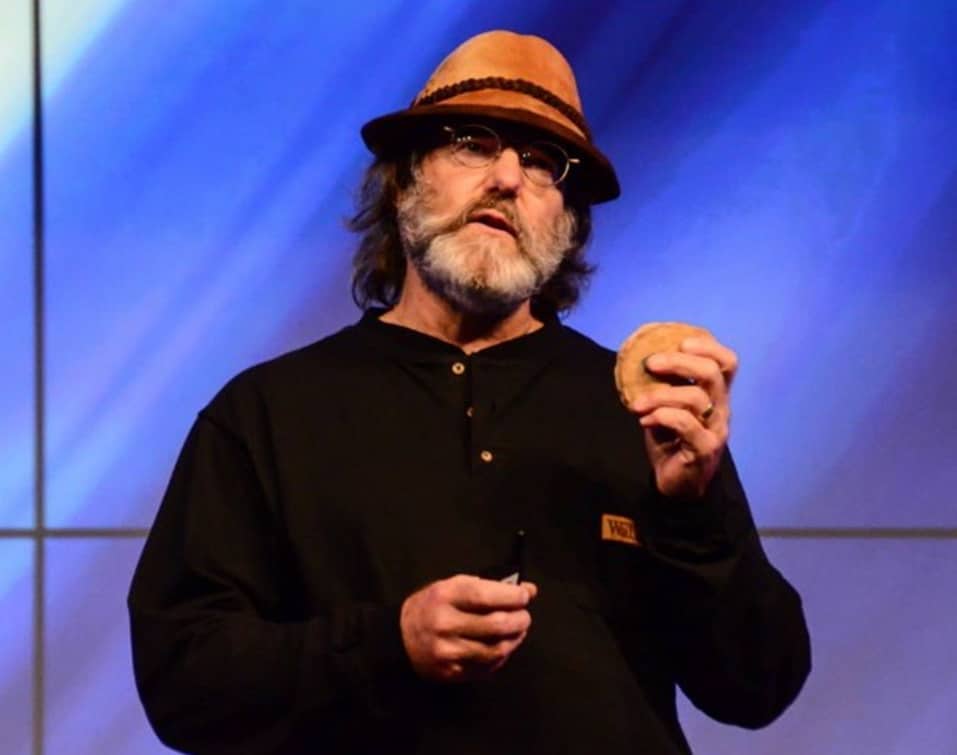 As an author, public speaker, mycologist, researcher, and entrepreneur, Stamets has worked towards his mission to make mushrooms accessible in pretty much every way possible.

Paul places a premium on what he calls “MycoDiversity,” which is the idea that diverse fungal life can protect our species from viruses and our planet from harm. One of Paul’s central premises is that our environment has an immune system similar to ours. By forming an interconnected bridge between them and us, mushrooms help promote immune health across species.

The primary place such systems interact? Old growth forests. This is yet another area Stamets is passionate about: he’s been fighting for the preservation of the Pacific Northwest’s old growth forests for decades now. The sum total of Paul’s research and preservation work has triggered what some call a “paradigm shift” for “ecosystems worldwide.” He’s also discovered several new psilocybin strains…so thanks for that!

And did we mention that Paul is an author, too? So far he’s written six excellent books, including:

Stamet’s work has been validated by government research institutes like the NIH and Department of Agriculture. He’s won numerous industry awards, too, including:

…and many more. His perspective has been shared on some of the world’s biggest podcasts, including the Joe Rogan Experience.

Paul Stamets: Where It All Began

Despite all the recent attention and accolades, Paul’s involvement with magic mushrooms began on a much more personal note. Paul grew up in a small Ohio town where psychedelics of any sort were hard to come by…until his older brother John shared a book called Altered States of Consciousness with him. The book made Paul think, though it’d be a while before he got his hands on shrooms for himself.

At the age of around 19 Paul got his hands on a bag of magic mushrooms for the first time. “I thought the whole bag was one dose,” he explains when looking back on things.

Naturally, he eats the whole bag — about 20 grams of dried psilocybin in total — and proceeds to go on a hike to one of his favorite spots. Eventually he climbs a tree looking out over a grassy field. As he does that bag of mushrooms being to kick in.

“The air became a liquid,” he recounts. “Woah, this is what I read about!”

And his experience didn’t slow down from there. A lightning storm quickly developed just as the trip was really intensifying. Waves of hot air swept over Stamets, who by now had climbed to the very top of the tree, and these waves took the unusual form of fractal patterns.

What started off fun quickly became terrifying. Caught in the middle of the storm, Stamets held onto the tree for dear life. As he leaned into its branches he started to feel a connection, becoming one with the tree…which was one with its roots…which were one with the earth.

As this happened he began to feel an overwhelming sense of complete oneness. “I [was] tripping my brains out,” he says.

This experience, while perhaps a little wreckless, caused a life-changing shift. Prior to his 20-gram trip, Stamets had a congenital studdering disorder that rendered him practically unable to talk. But during his time up in that tree he began to speak to himself: “stop stuttering now, stop stuttering now,” a phrase he felt led to repeat hundreds of times.

The morning after his trip, Paul Stamets spoke perfectly fine. He’d stopped stuttering in one day! Stamets takes this “99 percent” improvement as proof that magic mushrooms can rewire neurological networks and restore damaged parts of the brain that, in his case, were the cause of his stuttering.

The Stamets Stack: The Perfect Way to Microdose

Stamets recommends a more reserved approach to psychedelics for most people.

He’s developed something called the “Stamets Stack”: a blend of low-dose psilocybin, Lion’s Mane mushroom, and the B vitamin niacin.

This trio synergizes to promote neuroplasticity and prevent cognitive decline, with its niacin content serving to deliver mushroom compounds to the nerve endings where they’re needed most. Many people who try it report feeling more creative, more expressive, and mentally sharper.

Consider trying microdosing for yourself if you haven’t already. You can find our microdosing options here!

Food for Thought from Fantastic Fungi

Below are a few more Stamets-centric highlights from 2019’s Fantastic Fungi. If you haven’t watched it, we highly recommend! Here are some especially quotable moments.

How Paul got interested in different types of consciousness:

“I was 14 or 15 years of age when my brother John gave me a book called “Altered States of Consciousness. […] I got really excited. […] I was going to charismatic Christian revival meetings and watching people being saved. It was cool from my perspective that they were achieving this altered state of consciousness. It was like a turning point. I certainly was awakened.”

“I had a severe stuttering habit that greatly interfered with my ability to express myself…I went through six years of speech therapy [and still] could not speak a single sentence. […] I couldn’t look people in the eye.”

“These magic mushrooms open up the floodgates of information you receive. Basically you can think of it as a contact fluid between the synapses in the brain.”

How Paul views his overarching mission:

“Fungi are the grand molecular decomposers of nature. What does that mean? They break down wood. […] Fungi generate soil that gives life.”

Just how far back fungi go:

“They have found a fungus-like organism [that’s] 2.4 billion years old. […] This is the oldest record of a multicellular organism on earth. […] We divided from fungi about 650 million years ago. One branch led to fungi, the other branch led to animals.”

How fungi are similar to computer networks:

“What we know about these mycelial networks is they’re learning membranes. They are self-learning and network-based organisms that can share and store knowledge.”

How leveraging mycelium’s ‘memory’ may help humans fight off diseases:

“The mycelium is vaccinating itself against pathogens in the ecosystem. We can capitalize on this because many of the same bacterial pathogens that infect fungi also can infect animals. […] Many scientists are trying to come up with the next antibiotic, the next penicillin. But we have barely tapped into the fungal genome, especially of the mushroom-growing fungi.”

Paul Stamets is a true icon in the mycological field. We hope you found something for you in this article. Maybe you’ll feel inspired to study mycology more deeply or try out Stamets’ microdosing approach. There’s certainly a lot to glean from Paul’s 50+ years of experience!

How Magic Mushrooms Could Affect Your Brain